inimitable cosma shalizi, in different voices and those voices again

Q: So the analogy suggests that IQ scores are...?
A: A proxy for the skills and habits encouraged by a bureaucratic society; skills and habits which can be at once highly heritable (because of strong transmission through family and neighbors) and highly learned (within the scope of what it is biologically possible for humans to learn and internalize). Innate ability needn't enter into it at all. The implications for democracy would be nearly nil. 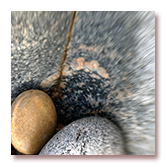 While there are factors outside of the labels' control -- from the rise of the Internet to the popularity of video games and DVDs -- many in the industry see the last seven years as a series of botched opportunities. And among the biggest, they say, was the labels' failure to address online piracy at the beginning by making peace with the first file-sharing service, Napster.

mark danner, a study in the rhetoric of george w. bush

What we can say is that if torture today remains a “scandal,” a “crisis,” it is a crisis in that same peculiar way that crime or AIDS or global warming are crises: that is, they are all things we have learned to live with.