"be yourself and style will follow" -- guy tal
‪
"we are who we are - eventually." -- constantine

"no-on has truely 'lived by the sword'for at least 300 years. everything since the 17th century is mostly fanciful imagining. This was already mocked in the early 18th century as ka-do, flower arranging." -- ford hallam

"artists try to say things that can't be said. in a fragile net of words, gestures, or colors, we hope to capture a feeling; a taste; a painful longing. but the net is always too porous, and we are left with the sweet frustration of almost knowing, which is teasingly pleasurable." -- alan alda﻿

"creativity, no matter which of its many definitions you favor, requires something new, a different interpretation, a break from the twin opiates of habit and cliche." -- denise shekerjian

"steer clear of ideology. like jargon, it can be a substitute for thought. the lure of the simple solution can lead to handing over your life to people who make the trains run on time --  but who take away your freedom to go where you want on those trains." -- alan alda [kenyon college commencement address] 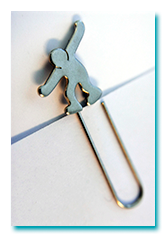 "it is the mark of the dull mind to mistake a conversation opener for its last word." -- julian baggini ["should you judge this book by its cover?"]

"you're a bloody psychopath!"
"high-functioning sociopath. with your number." [sherlock s3#2]

"after this year, the only history I want to come in contact with is the one drawn by larry gonnick" -- the kid

"if knowledge is power,
and if books are knowledge,
books are power -
an unread book is untapped power." -- eren yigit

"the Go way is not to simulate inheritance, but to avoid it altogether." -- mark summerfield ["programming in go"]

"My primary interest in trolls is their elimination. Trolls are not profitable; trolls drive everyone else away. Trolls are anti-profitable." -- Yonatan Zunger

"irony is a way of having one's cake while appearing to eat it." -- john updike

"It wasn’t just a matter of making an inferior or sloppy product; anybody could have done that. But to create one that reliably failed after an agreed-upon 1,000 hours took some doing over a number of years." -- Markus Krajewski ["the great lightbulb conspiracy"]

"all literature could be said to originate from sales receipts." -- daniel j. levitin ["the organized mind"]


"but one of the things that really irritates me in products is when I'm aware of designers wagging their tails in my face." -- jonathan ive

Deniers are not Skeptics