recently noted observations, including some of mine

there has not been a *single* good thing that followed the phrase “the trump administration” in any sentence. it’s like the world political equivalent of the black plague.

"In my office today I discussed smoking cessation, weight loss, exercise, and nutrition with various patients. I guess that makes me an integrative holistic trauma surgeon*." -- doc bastard

considering how much damage an illiterate megalomaniacal sociopath dumbass already inflicted on american institutions, one should have nightmares about accidentally electing an evil genius... 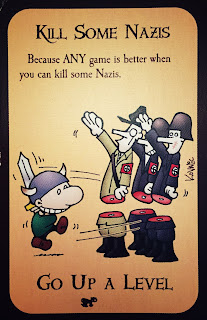 "the american abolitionist Wendell Phillips did in fact say that "eternal vigilance is the price of liberty." he added that "the manna of popular liberty must be gathered each day or it is rotten." -- Timothy D. Snyder ["on tyranny"]

phrase of the day: "vanguard of unreality" -- esquire

kid came up with a new word: *retroflection*
[upon googling, we find it is not a new word. means "a turning or tilting backward of an organ or body part"

“There have been really few science fiction movies. They have mostly been fantasies, with spaceships.” -- ursula le guin

"The notion of affirmative consent did not fall from space in October 2017 to confound well-meaning but bumbling men; it was built, loudly and painstakingly and in public, at great personal cost to its proponents, over decades." -- lindy west

“An unspecified time after the impostor syndrome goes away, over-the-hill syndrome moves in: the irrational conviction that you're a burned-out has-been, phoning it in, best days behind you, a broken-down hack whose audience is losing interest rapidly.” — charlie stross

"Many oriental cultures make a distinction between two ways of looking – ‘hard eyes’ and ‘soft eyes’. When we look with hard eyes, we see specific details with sharp focus, but we don’t see the relationships between different details as well. When we look with soft eyes we see the relationships between everything in our field of vision, but with this softer focus, we don’t see all the details as clearly. It’s possible to look in two ways at once.” – John Paul Caponigro

a good time to repost this quote from my good friend.

"Seeing, in the finest and broadest sense, means using your senses, your intellect, and your emotions. It means encountering your subject matter with your whole being. It means looking beyond the labels of things and discovering the remarkable world around you." -- Freeman Patterson
Posted by oz at 11:25 AM No comments: