down the drain: i had noted scalpel magazine a couple months ago. alas, it died horribly. here is a large part of the story [i tracked the site with some interest and can confirm the publicly visible parts of the story] it was/is a worthy goal: criticism of genre fiction without [as bill stott once put it] the gobbledygook of bad social science, slobbering professionalism and good old b.s. double sigh.

art in motion: two of my favorite pieces from so you think you can dance were dominic and sabra's hip-hop routine [shane sparks] to ne-yo's make it work, and lauren and danny's contemporary routine [mia michaels] to celine dion's then you look at me. both thoughtfully choerographed, and both very affecting. [i think sabra johnson is a remarkably talented and charming dancer, and i hope will go far] 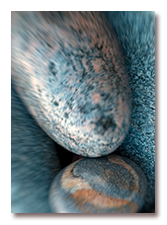 i laughed, i coughed: pete lacey's spot-on skewering of the soap/wsdl madness [from last year] is here.

legalize it: according to 2007 world drug report, 16.8 percent of canadians between the ages of 15 and 64 have used cannabis. this, in a country which had the historic opportunity in 2003 to decriminalize possession of small amounts of marijuana for personal use, but missed it. [it is unlikely that the current [wannabe-republican] conservative minority government will open the issue before the elections; to reverse-echo the post, another profound reason not to give the conservatives a majority.]

hmmm: a few weeks ago, i posted a particularly funny bit from an a.c. grayling essay on a rather bizarre tag used by some christians [eg. oxford apologist alister mcgrath] to try to discredit strong and vocal atheists. it turns out that the essay can an atheist be a fundamentalist? is available online. [related reading: james morrow's hilarious towing jehovah, where the humor of "a divine foot or buttock" gets its full perspective...]
Posted by oz at 10:43 PM