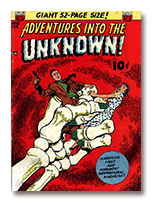 i keep an eye on up-and-coming titles on atheism; i pre-ordered hitchens (ed) portable atheist. i also noted a new one by anthony flew, once a "leading atheist", now a believer in some form of god apparently not bumper-stickered by existing religions: there is a god: how the world's most notorious atheist changed his mind.

Flew earned his fame by arguing that one should presuppose atheism until evidence of a God surfaces. He now believes that such evidence exists, and There Is a God chronicles his journey from staunch atheism to believer.

[i have no doubt philosophy students can hardly wait for, say, a variant of principle of sufficient reason, therefore god. let's hope it is less turgid than some of his earlier writings and provides sufficient novelty.]

related readings for the philosophically inclined:

[update: fixed the missing parsons book link]
Posted by oz at 12:33 AM