"The supposedly dystopian aspect of my work has never been that, but rather the application of literary naturalism to imagined futures." -- william gibson

"make visible, what without you, might perhaps never have been seen." -- robert bresson

"Duality can breed insight but it can also breed delusions." -- Tressie McMillan Cottom

"The math of time is simple: you have less than you think and need more than you know." -- kevin ashton ["how to fly a horse"]

"where egotism is not made the measure of reality and value, we are citizens of this vast world beyond ourselves, and any intense realization of its presence with and in us brings a particularly satisfying sense of unity in itself and with ourselves" -- john dewey [art and experience]

"Fall in love with some activity, and do it! Nobody ever figures out what life is all about, and it doesn't matter. Explore the world. Nearly everything is really interesting if you go into it deeply enough. Work as hard and as much as you want to on the things you like to do the best. Don't think about what you want to be, but what you want to do. Keep up some kind of a minimum with other things so that society doesn't stop you from doing anything at all." ~Richard Feynman

it is truly horrifying how little we learn from history and how quickly we throw away what little we had learned.

"To a man devoid of blinders, there is no finer sight than that of the intelligence at grips with a reality that transcends it." -- Albert Camus 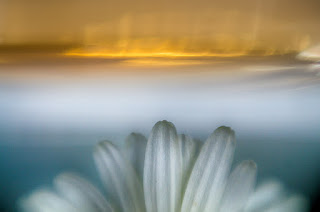 "most peasants want nothing more than the illusion of a voice. father says that's what democracies are for." -- from "the capture of benedict arnold" episode, Timeless.

facebook: where news comes to die a horrible death of a thousand fake links.

"you're a giant chunk of spinach in the teeth of the universe." -- the good place

“be-careful for what you wish for it may be seeking you as well...”
― Master Golden Wizard "Luxas Aureaum"

"Only when the past ceases to trouble and the anticipations of the future are not perturbing is a being wholly united with his environment and therefore fully alive. Art celebrates with particular intensity the moments in which the past reinforces the present and in which the future is a quickening of what now is." -- john dewey ["art as experience"]

all that you touch
you change

all that you change
changes you.
-- octavia e butler

"My newest horror story: Once upon a time there was a man named Donald Trump, and he ran for president. Some people wanted him to win." -- stephen king

"Oh! Suspense! Democracy's going to end with cliffhanger! I guess we're all just gonna have to wait until November 9th to find out if we still have a country! If Donald J. Trump is in the mood for a peaceful transfer of power.
Or if he's just going to wipe his fat ass with the Constitution."" -- stephen colbert

"Counter to the internet isn't censorship, it's misinformation & information glut. Counter to dissident politics is destruction of privacy." -- zeynep tufekci


"My favorite English professor was primarily concerned with the mass psychology of fascism. Wish I weren't finding that all so handy now" --william gibson
"a word of advice: stop searching. forget vision, forget personal style, forget unique voice; these are not goals, they are byproducts. the most meaningful art you can make is not about a particular look, subject matter or visual effect, but about the way you respond to and interpret the world." -- guy tal﻿

"working under a deadline is endlessly rich in opportunities for self-discovery." — andré kukla

"humor is a far more potent crowbar than statistics for wrenching people from their preconceptions." -- p z myers ["happy atheist"]﻿

"you're over 40? you don't even remember what your dreams were..." -- anonymous comic ["whitney cummins' bleep show"]﻿

"some things you teach yourself to remember to forget." -- william gibson ["count zero"]

"If you are talking about humans and you use terms like 'half breed' seriously you're racist, an idiot, or a racist idiot." -- peter da silva

sake for the body, haiku for the heart;
sake is the haiku of the body,
haiku is the sake of the heart.
-- santōka taneda

"Sometimes you can only find Heaven by slowly backing away from Hell." -- carrie fisher [wishful drinking]
Posted by oz at 10:39 AM