apple and dtrace: move along, nothing to see here 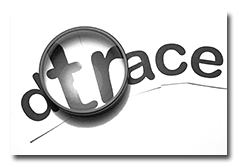 adam leventhal discovered that apple broke dtrace while trying to prevent some applications from being traced.

The notion of true systemic tracing was a bit too egalitarian for their classist sensibilities so they added this glob of lard into dtrace_probe() -- the heart of DTrace:

[i was tempted to say but at least they have dtrace, while linux developers are still scratching their heads and armpits but i won't. i just realized that they are now even at being differently clued.]

It takes me 5 lines of GDB instructions to circumvent that. You want to step through iTunes in GDB or run DTrace on it, nothing could be simpler.

How it works? Won't tell you. A real developer knows how this works and who doesn't know should not play around with stuff like that.